The Story that Lives Us

"Those who do not have power over the story that dominates their lives, the power to retell it, rethink it, deconstruct it, joke about it and change it as times change, truly are powerless."

Are you living your life or might it be that you are mostly being lived? To unpack what this means, consider that we human beings are social creatures and that from the moment of our birth, we are socialized to conform… to fit in. On the positive side, this tendency to conform is adaptive insofar as it helps to ensure our safety, survival and comfort.

The Downside of Conformity

How is it for you? Are you a conformist? For example, might it be that your beliefs are not so much your own, as they are the result of the stories that you have assimilated through your culture. For example, take the story of Manifest Destiny (originating in the early eighteen hundreds) that advanced the belief that the United States was destined by God to spread democracy and capitalism across the entire North American continent. Indeed, it was this story that told the European colonizers to the New World that they had a virtue-bound duty to rule over the Americas. This belief was rooted, in large part, in the Genesis story in the Christian Bible that instructed the colonizers to: “Be fruitful and multiply and fill the earth and subdue it, and have dominion over the fish of the sea and over the birds of the heavens and over every living thing that moves on the earth.”

Emboldened by the story of Manifest Destiny, the colonists saw the New World as unclaimed property—a commodity to be demarcated, owned, exploited, bought and sold. But, the Amerindians—i.e., the “First People” who had already been dwelling in the Americas for thousands of years—had a different story. For them, Land was (and continues to be) sacred… the cornerstone of their identity… the umbilical cord connecting them to their ancestors… the source of all that sustained them and the home of all their non-human kinfolk. Indeed, from the Native American perspective, claiming to own parcels of land was simply ludicrous because it was the Land—i.e., the Earth—that contained, supported and possessed humans, not the other way around.

To unmask the story that lives us today, imagine yourself as part of a team of extraterrestrials cruising through deep space in search of sentient life. Deep into your journey, you come upon a planet (Earth) that appears to be alive! Given your sophisticated technologies, your team is able to descend to a brightly lit region of Earth which turns out to be America. Your initial mission is simply to observe the Americans going about their lives in every imaginable setting—e.g., in schools, homes, supermarkets, workplaces, sporting events, farms, factories, prisons, churches…

In your role as extra-terrestrials, you are most struck by the centrality of work in this culture. In exchange for their daily labor, the Americans receive something called money which they use to acquire all manner of things: e.g., houses, cars, clothes, food, furnishings, electronic devices of all sorts, and much more—firm in the belief that it is access to stuff that will ensure their happiness and wellbeing. This leads you to summarize the story of their culture with the simple formula: Work → Money → Stuff → Happiness.

You give their story the name “Economism” because everything in their culture appears to be focused on economic activity—e.g., working, consuming, investing, inventing, manufacturing, buying, selling—all with the intent of stimulating GROWTH. Through the lens of Economism, you discern that the primary purpose of schools on Planet Earth is to contribute to economic growth by training young people to assume roles in the workforce; while the primary purpose of the government is to institute policies that promote ever-more rapid growth.
But as your investigation deepens, concerns arise. For example, your team notes massive inequalities in wealth, worldwide, with the richest 1% of humankind possessing more wealth than the rest of humanity combined. Meanwhile, wars rage among nations and strife and violence plague both households and communities.

Upshot: For those of us dwelling on Planet Earth today, the story of Economism, conditions us to believe that there are winners and losers in life and that the most effective way to win—as a person and as a nation—is to be tough, independent, shrewd and uncompromising. But instead of fomenting genuine happiness, Economism’s emphasis on control and consumption, seduces humans to enact soulless lives by succumbing to greed rather than restraint, fear rather than love, and separation rather than cooperation.

How does all this sit with you? Might you be a devotee of Economism? If you’re not sure, here is one way to find out. Take a dollar bill from your wallet and as you hold that dollar in your hand notice your thoughts and feelings. Then, strike a match and light your dollar on fire, while continuing to track your thoughts and feelings, as you watch the dollar disintegrate into ash.

Recently, I did exactly this in a classroom packed with 500 students! Many were shocked. Some pointed out that I could have given my dollar to charity instead of incinerating it. And that was certainly true. But on this day I chose, as an investment in AWAKENING, to burn that piece of paper. I anticipated that this counter-cultural act would be upsetting, but I hoped that the discomfort it elicited might prompt all of us to consider whether our attachment to, and holy regard for, money might be misplaced, sidetracking us from discovering the deeper meaning and purpose of our lives.

Retrospective: There is no denying that our present story of Economism has generated a multitude of material benefits. However, it appears that the calamitous impacts of this story on our home, Mother Earth and its psychic impacts on the human spirit are now beginning to outweigh this story’s “benefits”.

An Invitation to Join the Conversation 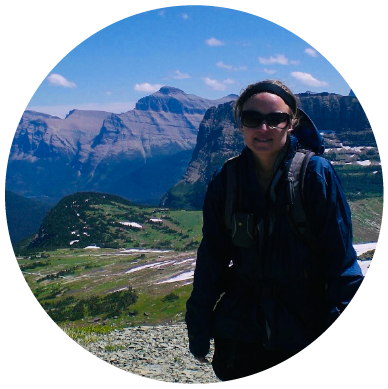 "Even though I am currently residing in the City of Brotherly Love, I feel most at home in the woods near the mountains! I am passionate about discovering connections between what it means to be human and the complex systems of the Earth we belong to!” 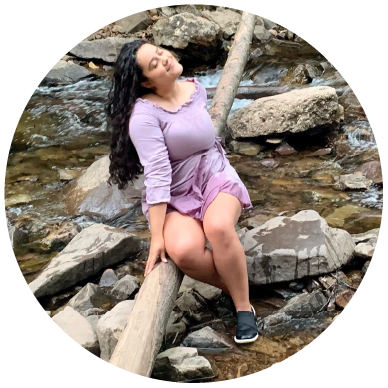 "Hi there! My name is Cassy and I live in Pennsylvania’s Pocono Mountains. I love Puerto Rico, the smell of crisp mountain air, and time spent with loved ones.”

As your Guides for this steppingstone, our hope is that our Community Space will become a dynamic setting where we can learn from each other by sharing stories, questions, feelings, and reflections relating to The Story that Lives Us theme of this steppingstone. As a way to participate, please consider posting responses to any of the prompts (below) that call to you.

ii-Are you a devotee of Economism? If you are not sure, one way to find out would be to burn a dollar bill, focusing on your thoughts and feelings as the dollar is rendered to ash.

iii-Could it be that the time has come to imagine a new story—one that recognizes the life-enhancing power of INTERdependence—and, in so doing, celebrates cooperation rather than competition, peace rather than war, and love rather than fear? How do you see it?

When posting, focus on what you know to be true for you…